We are so excited for our 2017 Flute Fair with our Guest Artist Lorna McGhee. This season’s fair includes so many fantastic events that we decided to ask each featured flutist to give us an idea of what to expect. Here’s what they said : 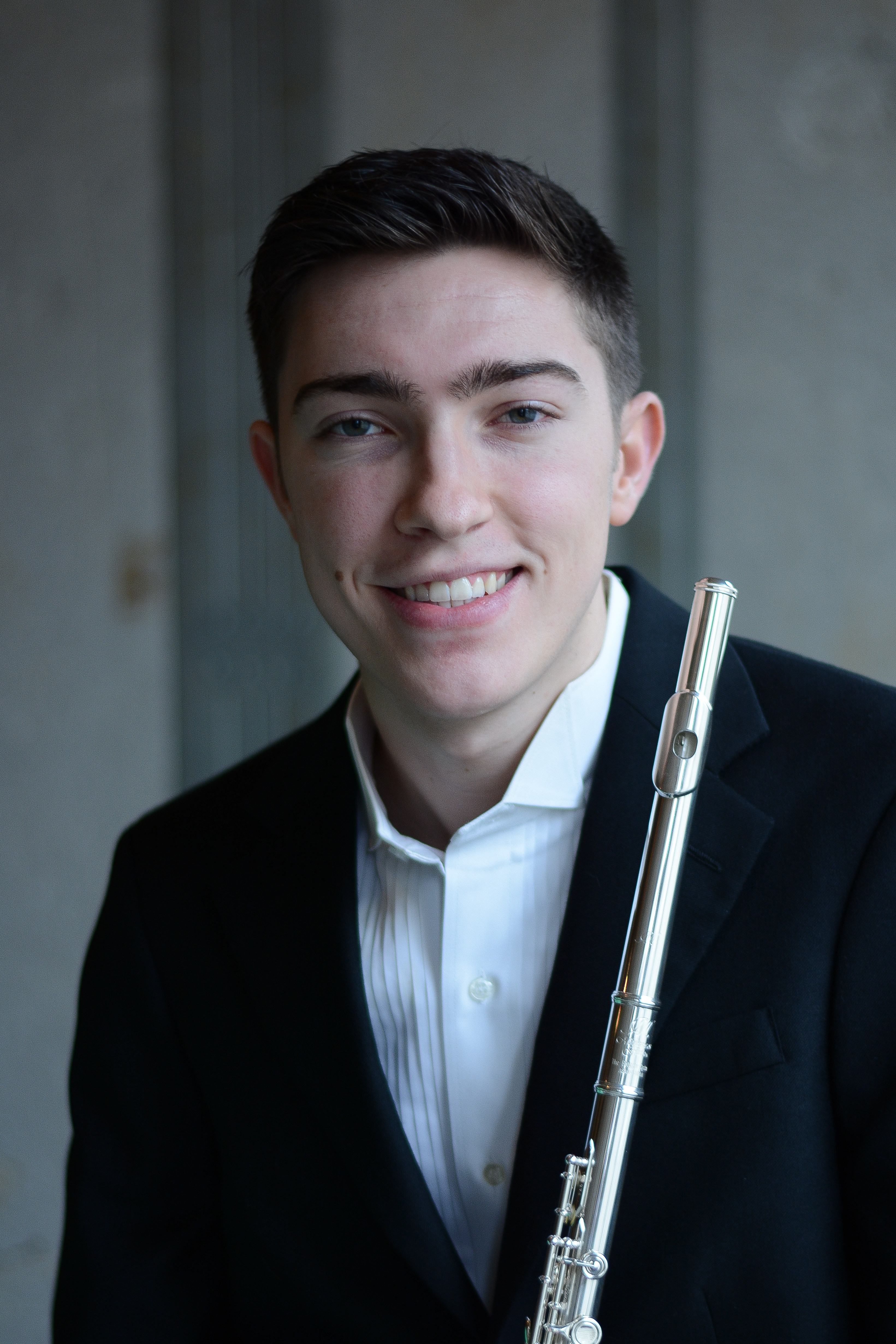 I am very excited to be kicking off this year’s RAFA Flute Fair with a recital of some of my favorite pieces from the flute repertoire. I will be playing works by Wolfgang Amadeus Mozart, Franz Doppler, Pierre Sancan, and Joachim Andersen. I am particularly excited to perform the Andersen Concertstucke Op. 3! Most flute players know of Andersen because of the extensive volumes of flute etudes that he wrote and that we are all required to learn at some point during our studies on this instrument. This piece is not often played or recorded, something I hope changes in the future. It is a mini one-movement concerto that demonstrates the wide range of expression and virtuosity that the flute can achieve. I hope you all will come and enjoy this wonderful music with me! 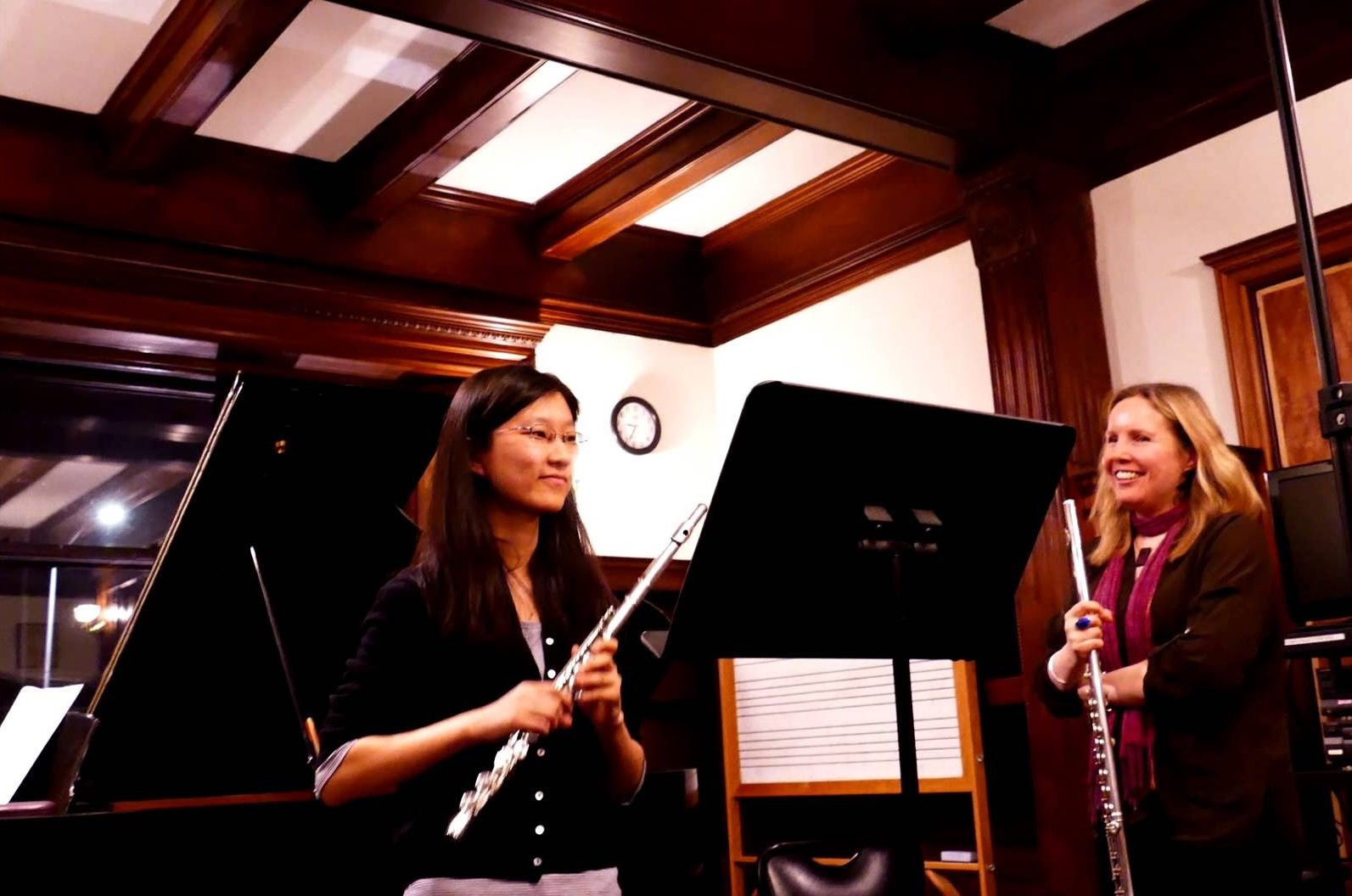 The first part of my class is called “Effortless Resonance and Dynamic Expression.”  I hope it will offer all the participants some tangible tools to work with on their own. Together we will explore how to find more freedom in our breathing, and as a result, more dynamic expression in our tone. It will be interactive — we’ll have the whole audience up on their feet, flutes at the ready, but stress levels low! In terms of sound, I am interested in developing natural resonance, not power. Arnold Jacobs, the famous Chicago Symphony tuba player and breathing guru described the connection between the airstream and our desire to communicate as “Song and Wind.” We have to commit to what we want to say musically ( the song), and let the airstream (the wind) lead, and the muscles follow. If the muscles lead, we effectively put a mute on the expression and cannot access our full resonance. It’s a bit of a balancing act.  If we think of the body as the primary instrument, we can make way for the airstream and create resonant space in the body. The result is more projection, more radiance, better intonation and more direct communicativeness in the sound. It’s also a playful way of relating to the air, although it requires a lot of mindfulness, thoughtful organization and trust too! I am very influenced by the Alexander Technique and we will look at some of the things we can learn from that wonderful resource. I hope the class will help people to find more ease and vitality in their playing. As flute players, I like to think we are ‘artists of the breath’. The breath is our medium, just as clay or paints are the medium for a potter or painter. – Lorna McGhee


(10:30 – 11:15​) Masterclass: Lorna McGhee
​
After the first interactive part of the class, we’ll listen to two performers in a regular masterclass setting, but will see what we can apply from the first part of the class as we explore specific pieces. 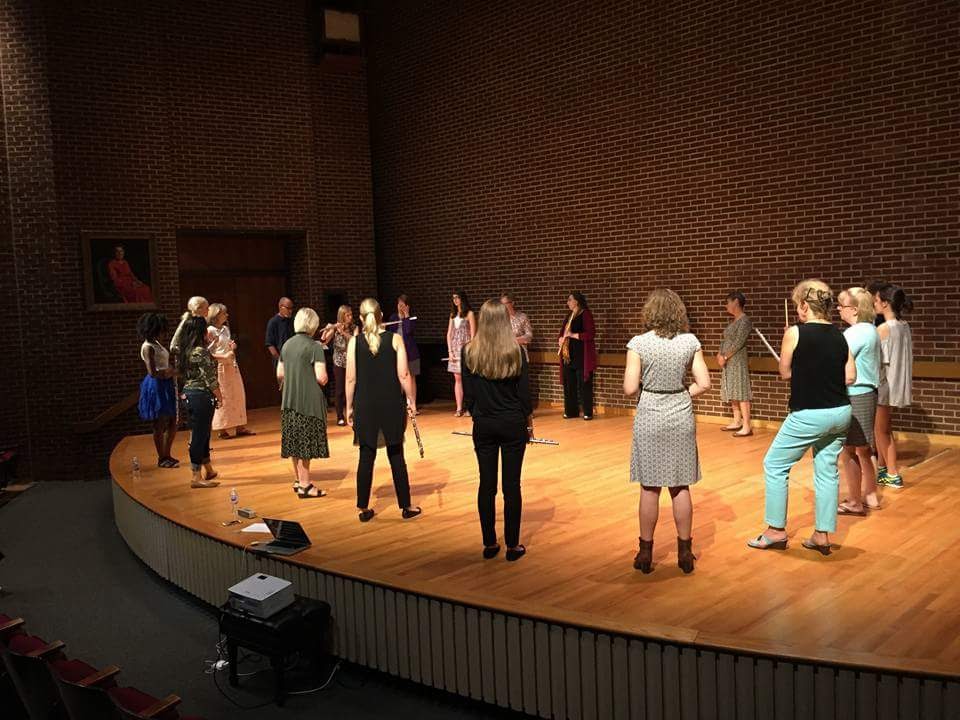 Come learn how to beatbox while playing the flute in preparation for a performance at our Gala Concert! In this brief workshop five fundamental drum kit sounds, hi-hat, bass drum, snare drum and rim shot, will be introduced.  Together we will apply these sounds into practice. The skills learned in this class will be used in the Flute Choir Beatboxing session at 2:45, when we’ll use our new skills to work on Nicole Chamberlain’s piece Railroaded. Bring your flute and be ready to jam out. – Erika Boysen

(1:00 – 2:30) ​Artist Competition Finals
Hear some of the flute world’s rising stars! Up to 3 finalists chosen from the November 10 semi-final round compete for prize money and an opportunity to present at a 2018-2019 RAFA event. All are welcome to sit in on this final round of the competition. 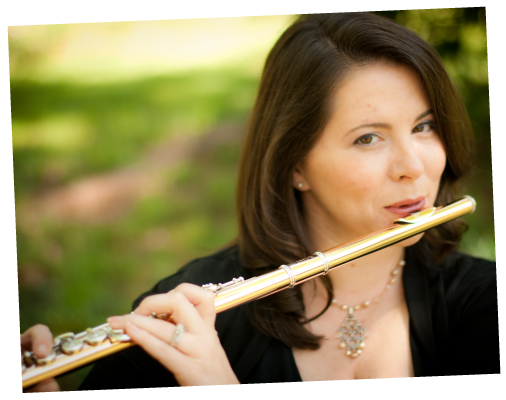 Have you never had the opportunity to perform a piece using extended techniques? Well, now’s your chance to give it a shot with a group of people who will be climbing aboard on this new adventure as well. I will be leading a casual, fun, and light hearted rehearsal building on the tracks Erika Boysen laid down during her class on the basics of beatboxing and extended techniques. There’s only a handful of extended techniques to use on my piece, Railroaded, which we will perform at the Gala Concert on the afternoon of the flute fair. This class may be the gateway for you to launch into the world of playing your flute as it was not intended. All aboard! -Nicole Chamberlain

This recital is a bit of a monster! I have programmed the enormous Bach Chaconne from Partita No. 2 BWV 1044 for solo violin, arranged for flute by my friends Denis Bouriakov and William Bennett. This is the first time I have programmed this piece, and I am very excited to tackle it. This Chaconne is one of the most incredible, soul-searching, exciting and epic pieces of music ever written. It is a journey. After that, we will play the Fantasie by Carl Fruhling. This is a relatively new discovery for me. Carl Fruhling died in Vienna in 1937, and perhaps his music did not receive the attention it was due at the time, as a result of rampant anti-semitism? Fruhling’s music has been championed by the famous English cellist, Stephen Isserlis who discovered it in a library in Vienna where it had been lying dormant.  I am excited to get to know the flute Fantasie, as we have very little truly romantic music aside from the Reinecke and Widor. This is a welcome new addition and it’s nice to be able to share this discovery with other flutists. The musical language is reminiscent of Richard Strauss, but there are also moments that may remind you of Tchaikovsky or even Rachmaninov. It is lush, passionate and the melodies soar! We finish the recital with Ibert’s Concerto. I would not normally program a concerto on a recital, but I’ll be performing it with the Pittsburgh Symphony in early January, and it’s also nice to offer a piece that everyone knows and loves! – Lorna McGhee

The RAFA Flute Fair 2017 featuring guest artist Lorna McGhee is on Saturday, November 11 from 8:30 am to 5:15 pm at Highland United Methodist Church. This event is free for RAFA members.